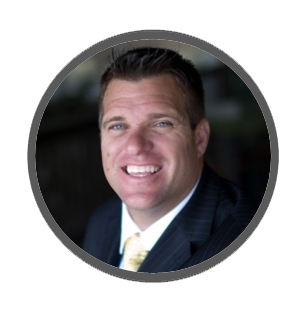 Dave is a true example of a winning spirit. Many attribute his success to his ability to accept nothing less than the best, and to his commitment to a mindset of abundance. It is this same focus on excellence that allowed him to play a critical team role during the 2003 Tampa Bay Storm Arena Bowl (XVII) World Championship season! His insistence on strong mental and physical commitment has provided him with the ability to overcome the many obstacles he has faced in his life, including complete paralysis at the young age of 29. His abilities to inspire leadership and provide speakers with the tools and strategies they need, continually raises the caliber of speakers throughout the industry.

Dave Vanhoose, founder of SpeakingEmpire.com, is a master sales trainer and motivator. Dave is mentor and coach to some of the most experienced experts in the world.

His leadership and sales abilities took his first seminar based sales company, Foreclosures Daily, to number 35 on INC Magazines list of 500 Fastest Growing Companies. Within 3 years, Dave’s company had 100 employees, over $30 million in revenue, and was producing 50-100 seminar events per month!

Dave has focused his business life on motivating world class people to achieve more than they ever thought possible. His own achievements have led him to channel his success and energy into his new charity foundation.

Dave holds a Bachelor’s of Science degree from the Eastern Michigan University in Sports Medicine. His accolades include winning the Speaker Trainer of the Year award in 2010, and America’s Trainer in 2011 and Platform Closer of the Year.

Dave’s WHY
My name is Dave VanHoose and I believe in contributing & making a difference in the lives of the people I meet. When we work together, we will provide you with the absolute best speaker coaching & training to allow you to shine exactly as you are. Give us a call to fast track Your business success.